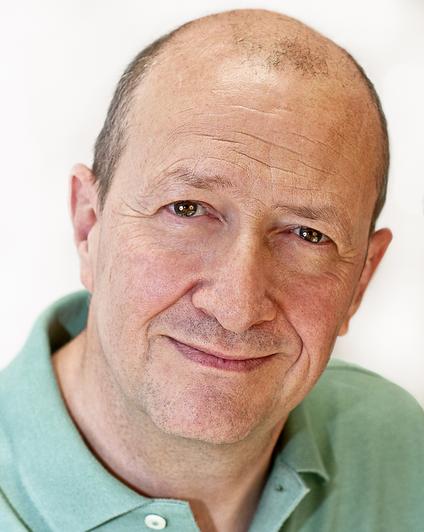 David is a British born actor, producer and director.  He trained for the stage in England at the famed Central School of Speech and Drama, where he was the youngest student ever accepted at age 16.  After a stint in repertory companies, he joined the world famous Old Vic Theatre Company where he played many principal roles in classics at the Old Vic Theatre in London and on world tours.

After many TV, film appearances and other theatre tours, he made his voice over debut in Jim Henson's cult classic, "Labyrinth," lending voices to Sir Didymus, the Mexican Hat and many other smaller roles.  After Jim Henson put him in touch with agents in the US, he came over in 1986 and made California his home.  After many appearances in TV shows such as Noble House, War & Remembrance, Newhart and others, he was offered the chance to direct for TV.  After training at NBC, he directed episodes of Santa Barbara, Days of Our Lives, The Bold & The Beautiful, Trial by Jury, Tribes and two TV plays for A&E.

It was after these that he was picked to produce and direct The Young & The Restless for CBS.  Eventually he found himself as Executive Producer of the show and enjoyed a long association with the program.  After leaving in 2003 and becoming a freelance director for The Bold & The Beautiful, he turned back to voice overs and theatre directing.  More recently he has been back, directing the show he first trained on...Days of Our Lives. He has to date, directed over 600 hours of Network television and produced over 4000 hours, (for which he won 2 Emmys for producing and 2 Emmys for directing,) as well as enjoying a busy voiceover career in animation, commercials, narration and particularly Video Games.

In 2018, he embarked on a return to the stage, playing the fictional British Boxing announcer, Ronnie Brixton, in a one-man show charting his fascinating, humorous and moving life-journey...with a twist.  The play, which earned David unanimous accolades for his performance, was written by Byron Tidwell and Lincoln Hudson: "Ronnie Brixton, the Best of British Boxing." Video of a performance is availablehere

David's full resume is available here, linking to his page on IMDB and on his Wikipedia page  here.